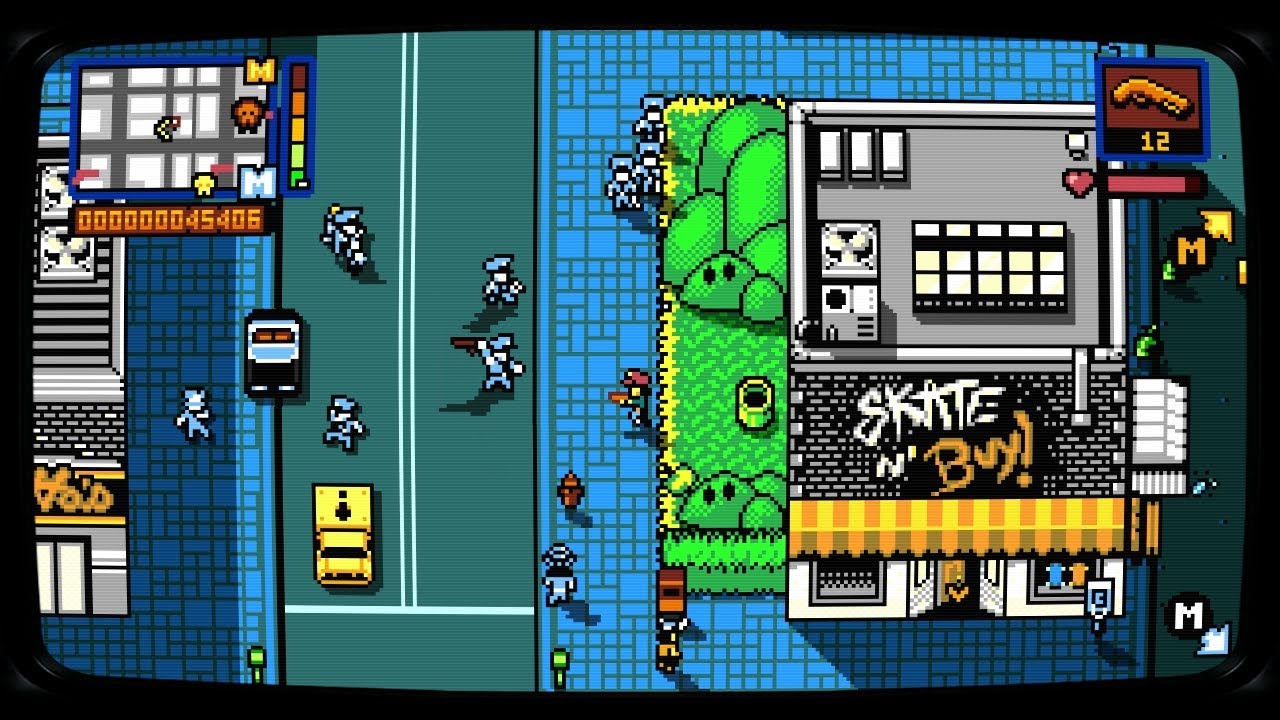 The PS4 version is sold out. However, you can now purchase the PS Vita retail edition!

This limited edition retail version of Retro City Rampage™ DX is the rarest PlayStation®4 game ever printed! Only 2,000 available, so pre-order yours before it's too late.

This is a full PS4™ retail release. It includes a PS4™ Blu-ray Disc™ and case, factory shrink wrapped with a double sided reversible cover. It can be played on any PS4™ system worldwide, any region.

PRE-ORDER TODAY AND ALSO GET:

Open world carjacking goes back to the '80s in this 8-BIT nostalgic throwback. Run missions! Outrun the law! Rampage the city with weapons, power-ups and vehicles!

Note: This PS4™ disc does not include PS3™ or PS Vita versions of the game. Only the digital download from the PlayStation®Store is Cross Buy.

“PlayStation” and the “PS” Family logo are registered trademarks and “PS3”‚ “PS4”‚ and “PSVITA” are trademarks of Sony Computer Entertainment Inc.